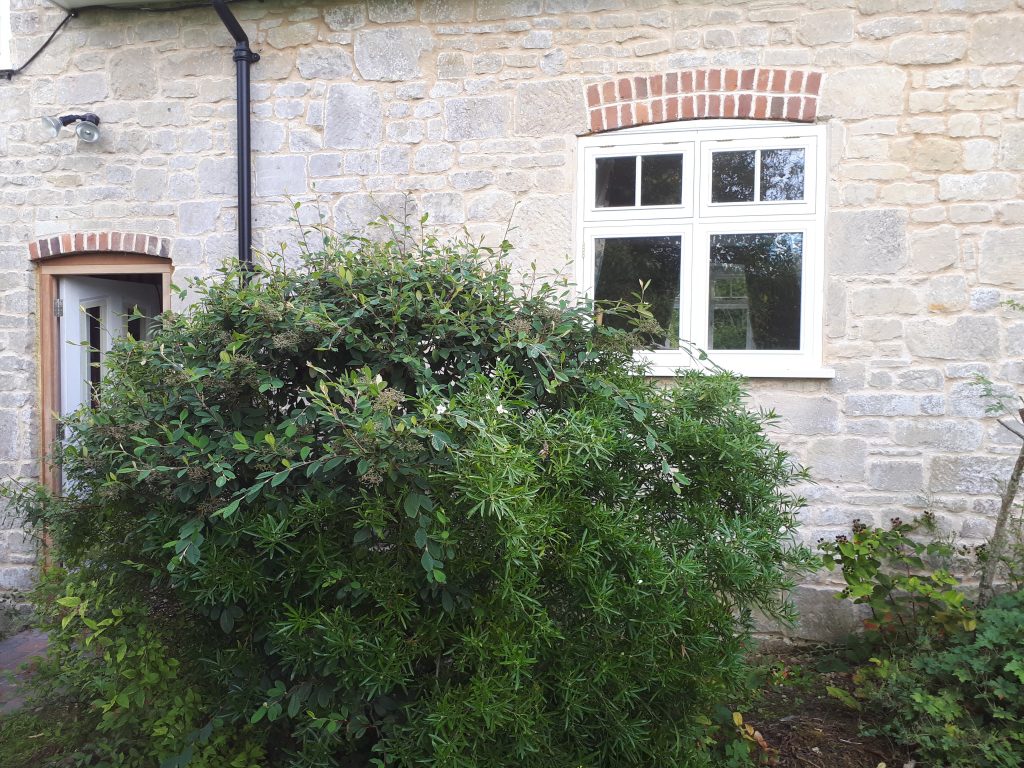 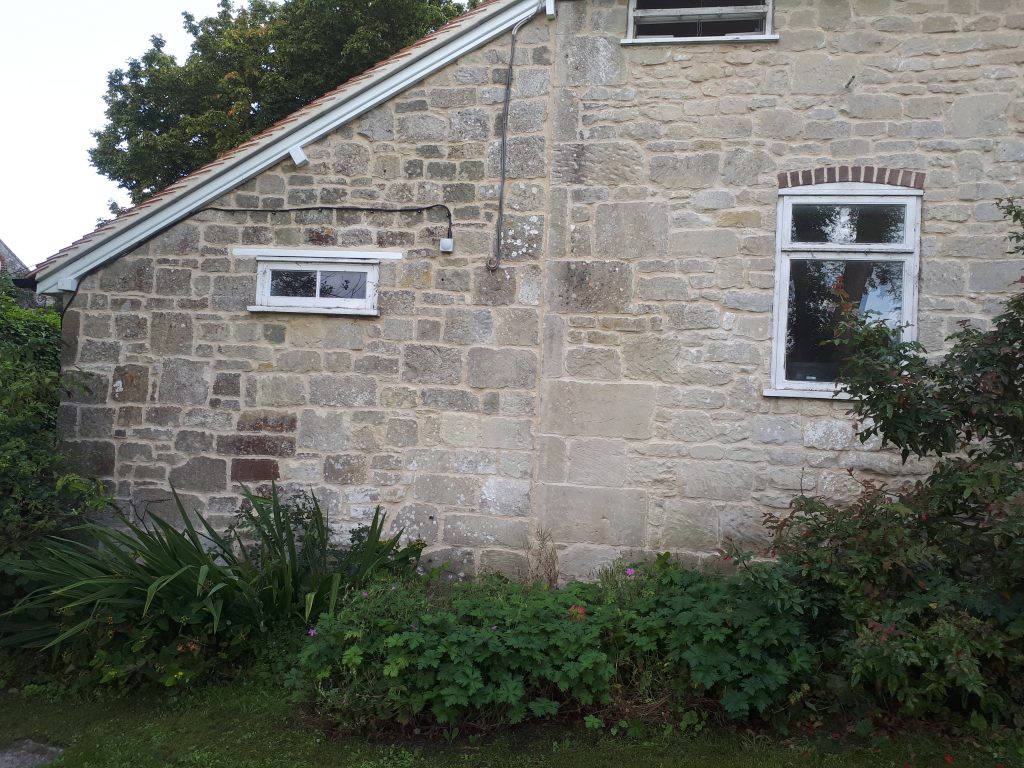 The brief from my client was to bring some structure and cohesion to this medium-sized country garden and to turn it into a pretty cottage garden.  The two narrow borders on either side of the back door were filled with large shrubs which had outgrown their space and blocking the light from the windows and massive geraniums which were encroaching on the lawn so the first stage was to remove everything from these borders and then dig in manure as the soil is quite heavy with a clay  base. 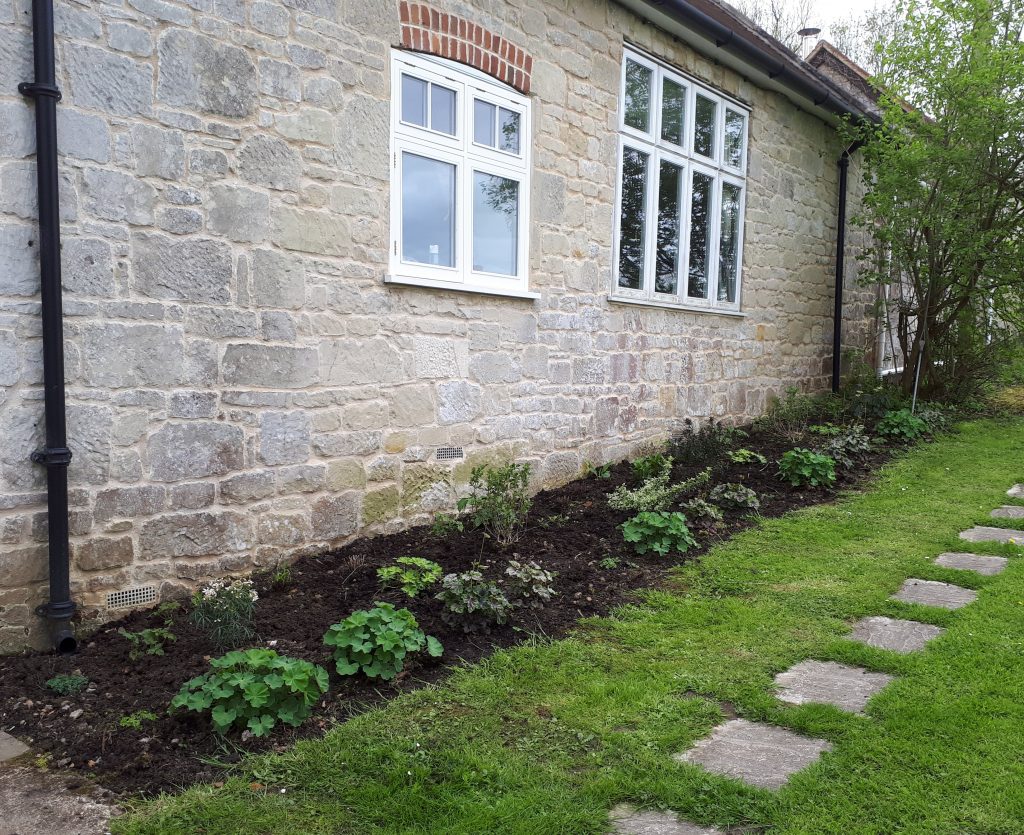 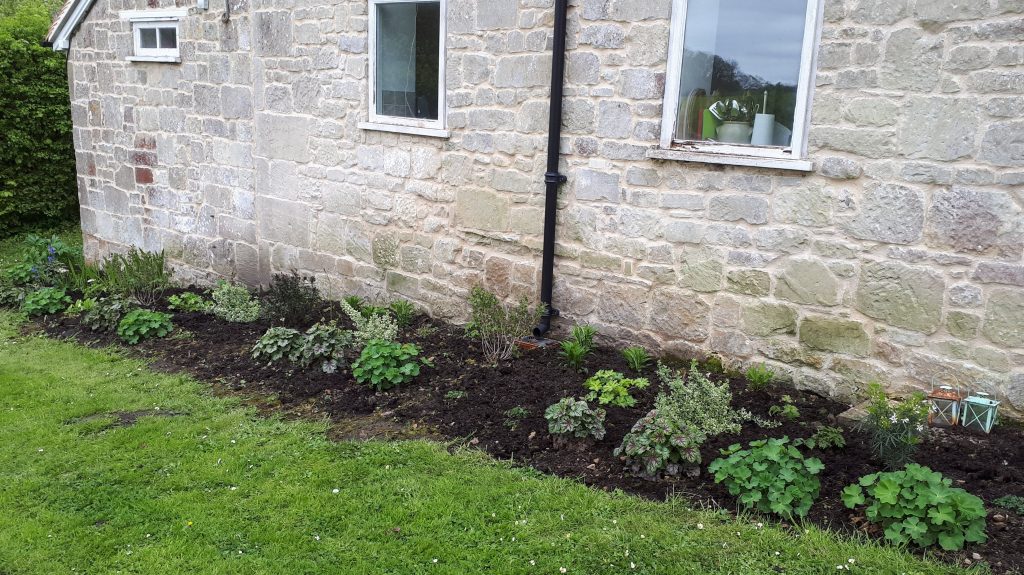 Shrubs and perennials were chosen to suit the site which is also north facing so Choisya Ternata ‘White Dazzler’ was planted either side of the door to provide summer interest with scented white flowers.  A combination of Weigela florida ‘Folis Purpurea’, Hebe ‘Mrs Winder’, Euonymous fortuneii ‘Emerald Gaiety’ and Viburnum davidii provide the structure,  gorgeous long flowering purple/blue Geranium ‘Rozanne’  weaves through the middle and  Alchemilla Mollis, Heuchera ‘Marvelous Marble’ and pale pink Geranium sanguineum ‘Max frei’ all create a frothy edging.  Finally height at the back is provided by white flowered Anemone hybrida ‘Whirlwind’ and purple Aster ‘Little Carlow’ both of which will flower from mid-summer through to the first frosts of Autumn. 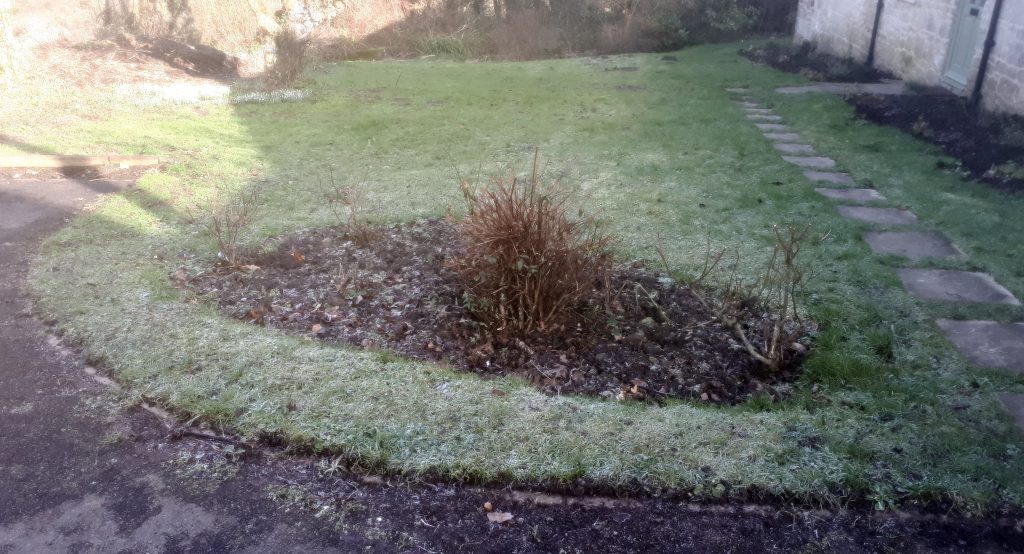 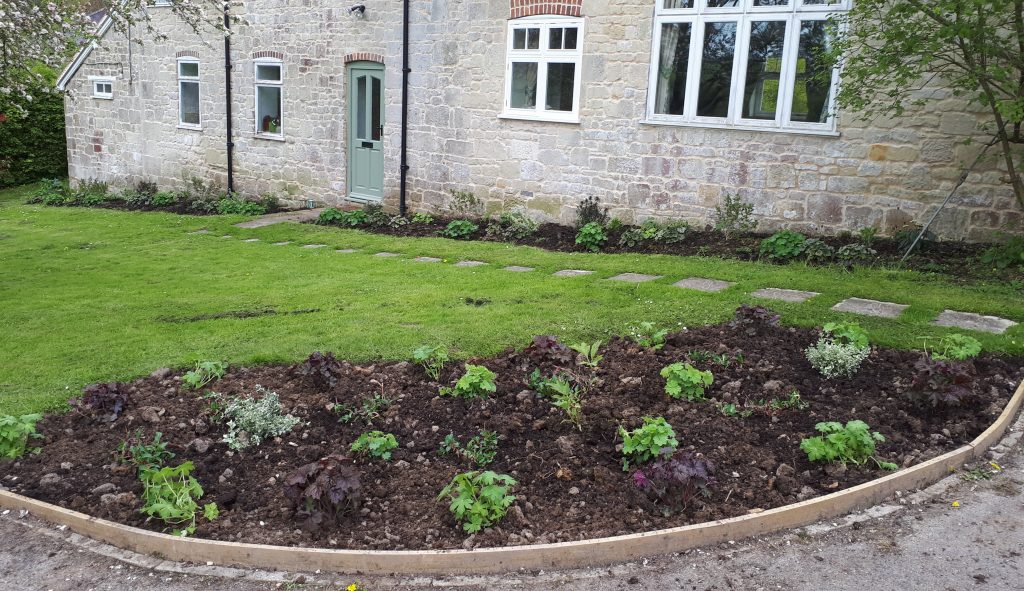 The second stage of the garden redesign was to enlarge and redesign a border at the top of the lawn and link the planting to the borders by the house.  After the border had been dug out, edged and manured it was replanted with Hydrangea quercifolia as the centre piece surrounded by evergreen Euonymous fortuneii ‘Emerald Gaiety’ and Persicaria affinis superba which is superb ground cover with very pretty pink/red flowers.  Alchemilla mollis, Heuchera ‘Palace Purple’ and the pretty white Geranium macrorrhizum ‘Spessart’ provide the soft edging. 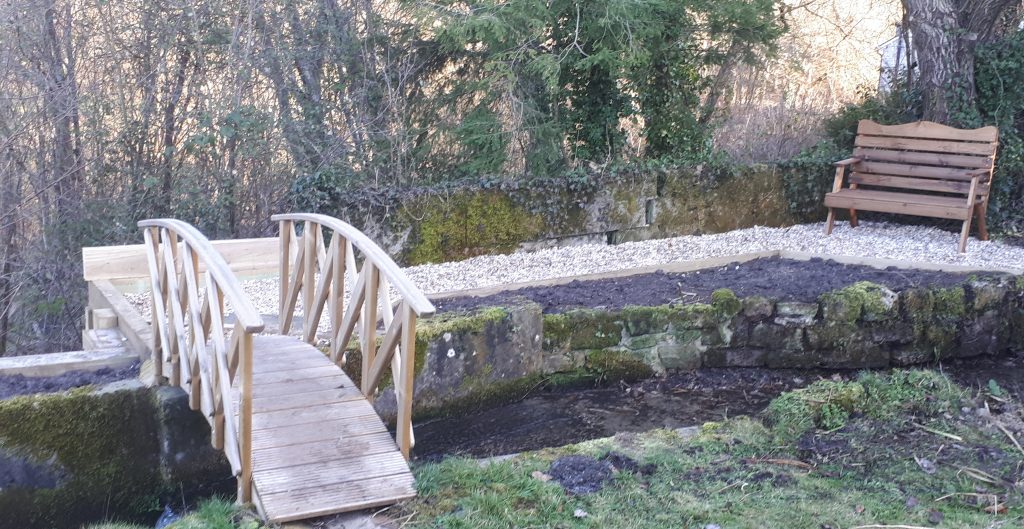 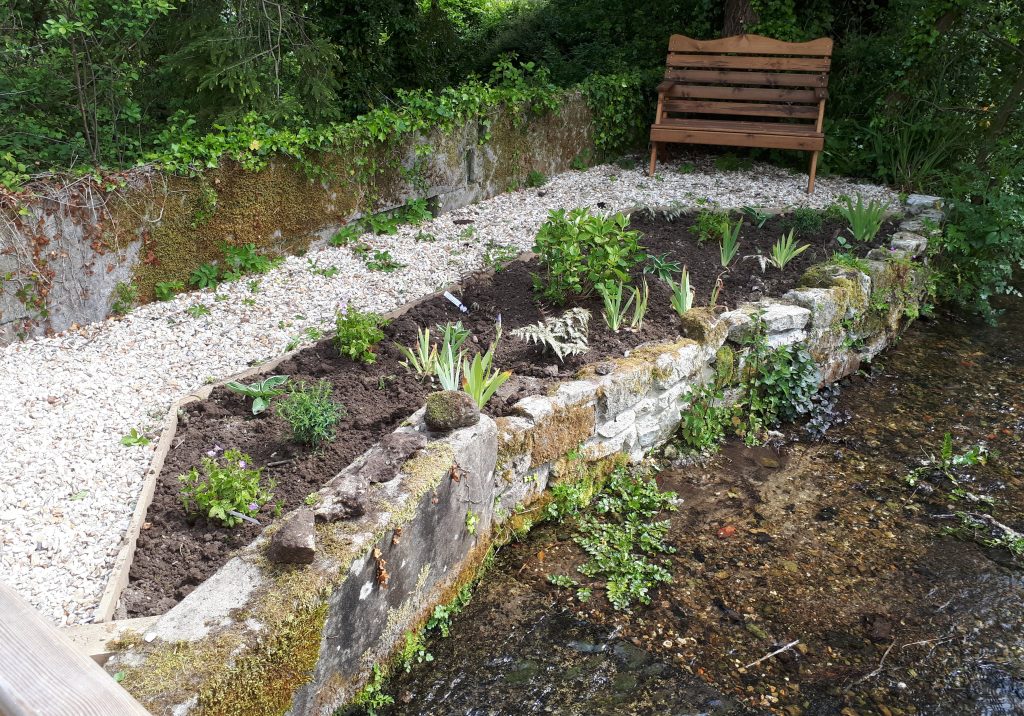 The third stage of the garden redesign was to clear and create a border to the far side of the stream which ran through the bottom of the garden.  A new wooden bridge was installed and the area was completely cleared to create space for a gravel path leading to a wooden bench underneath the existing tree and a border along the edge.  The area is for the most part in shade so planting  included silvery fern – Athyrium nipponicum Metallicum, white Fuchsia ‘Hawkshead’, Hydrangea ‘Lanarth White’, purple Irises, pale pink Geranium nodosum and the wonderful Hosta ‘Francee’.

I have loved gardening for most of my life – coming from a creative family of gardeners and horticulturalists that was hardly a surprise! Read more…